In 1936… within the small northern Minnesota town of Parkers Prairie, a mother prayed a prayer that would change the world. In this small town of 1,000 lost inhabitants she asked God if He would accept and send her son, only 3 years old at the time, to Africa as a missionary when he grew up. God told her he would not send John to Africa as a missionary. He would be sent to Europe. This brave mother, who asked big things of God, treasured this prayer and promise, keeping it a secret from John until many years later when He and his wife Alicia left for Italy.

1955 John Blake visited Spain for the first time with no idea that God would be having him found Decisión. Upon landing in Spain all he was aware of was that for the past six years, since he first watched the movie “Banderilla” about the persecution of Evangelicals in Franco’s Spain, he had been praying for the people of Spain.

It was on the final day of an 8 day trip to Spain, John was out looking over the city of Madrid from his hotel terrace at 6 in the morning. As he view the city he was praying and asking God to send workers to evangelize Spain when God interrupted his plea’s with “Whom shall I send?” John answered instantly, “Here I am, send me.” But then immediately thought: “But what can I do, a truck driver, in such a complicated country like this?” To which God replied with another passage from the Bible that John had memorized: “Not by might, nor by power, but by my Spirit, saith the Lord … “(Isa. 6: 8 and Zech. 4: 6).
With the call to Spain and promise of Zechariah, he returned to the United States to finish his undergraduate studies at Northwestern College. Upon completion of his studies he and his wife Alicia spent two years of preparation in Colorado with the Gospel Association Navigators. The Gospel Association Navigators sent him and Alicia to Italy for two years to work and then to Germany for another year.

Finally, after 10 years, God brought John, Alicia, and their three children to Barcelona, Spain in May of 1965.

The first three years in Spain were spent learning the Spanish language and culture at the University of Barcelona while serving as an English teacher at the Seminary of the Federation of Independent Evangelical Churches of Spain (FIEIDE). After John left teaching, he devoted himself to traveling throughout the towns of Spain as a missionary working with Christian films with Billy Graham Evangelistic Association (BGEA) in close collaboration with the newly born organization Evangelism In Action. In the same year Franco died, 1975, Blake moved to Madrid so he could serve the church more easily and travel throughout Spain from a more centralized location. A few years later, in February 1977, DECISION Association (name taken from the Journal of the BGEA) was born, with John Blake as founder and director of a small team of Spanish collaborators, among who stands out José Luis Briones.

The team continued to grow including: Magda Vacas, Ted Blake, Antonio Pardo, Eduardo Fernandez, Gumersindo Ruiz, Aquilino Pardo, José Luis Ochoa, Pedro Serrano, Samuel Santos, Gonzalo Soriano and others who have worked in various positions over the years. Additionally thousands of volunteers have participated in the evangelization campaigns, retreats and other activities. In the 80s and 90s an intense witness took place with many events that included film forums, concerts, international conferences, mini campaigns, training in churches, schools, cinemas, parks, arenas and streets in towns across Spain, specifically those towns who had never had an evangelical witness. The vision grew to include promoting the reaching of the most needy areas of the country and maintaining an updated database on the reality of the evangelical presence. In 1991 Decision became completely independent from the BGEA, although they have maintained good relations with them to this day.
Since 2003, Decision is led by evangelical pastor and communicator José Pablo Sanchez. José Pablo Sanchez also leads TVE Good News TV, which airs on Sunday mornings on channel 2. Under His leadership, Decision has maintained the same focus as previous years and has increased the vision to include project initiation such as exhibitions like: Traces of Christianity in Art, Martin Luther King, The Millennium Development Goals and Jesus of Nazareth. Under José Pablo Sanchez and with the help of his wife Jane Blake, Decision has also launched Operation Christmas Child in Spain.

Throughout these years, Decision has served as the basis for the development of many evangelization projects in Spain: World Europe Mission (1993), Global Mission (1995), Amsterdam 83, 86 and 2000, Impact 2000 Festival with Luis Palau (2005), My Hope (2011). It has also participated directly in the development of institutions and Spain Evangelists Conference, and Spain Missionaries Association (AME).

Presently, the Decision Team consists of: 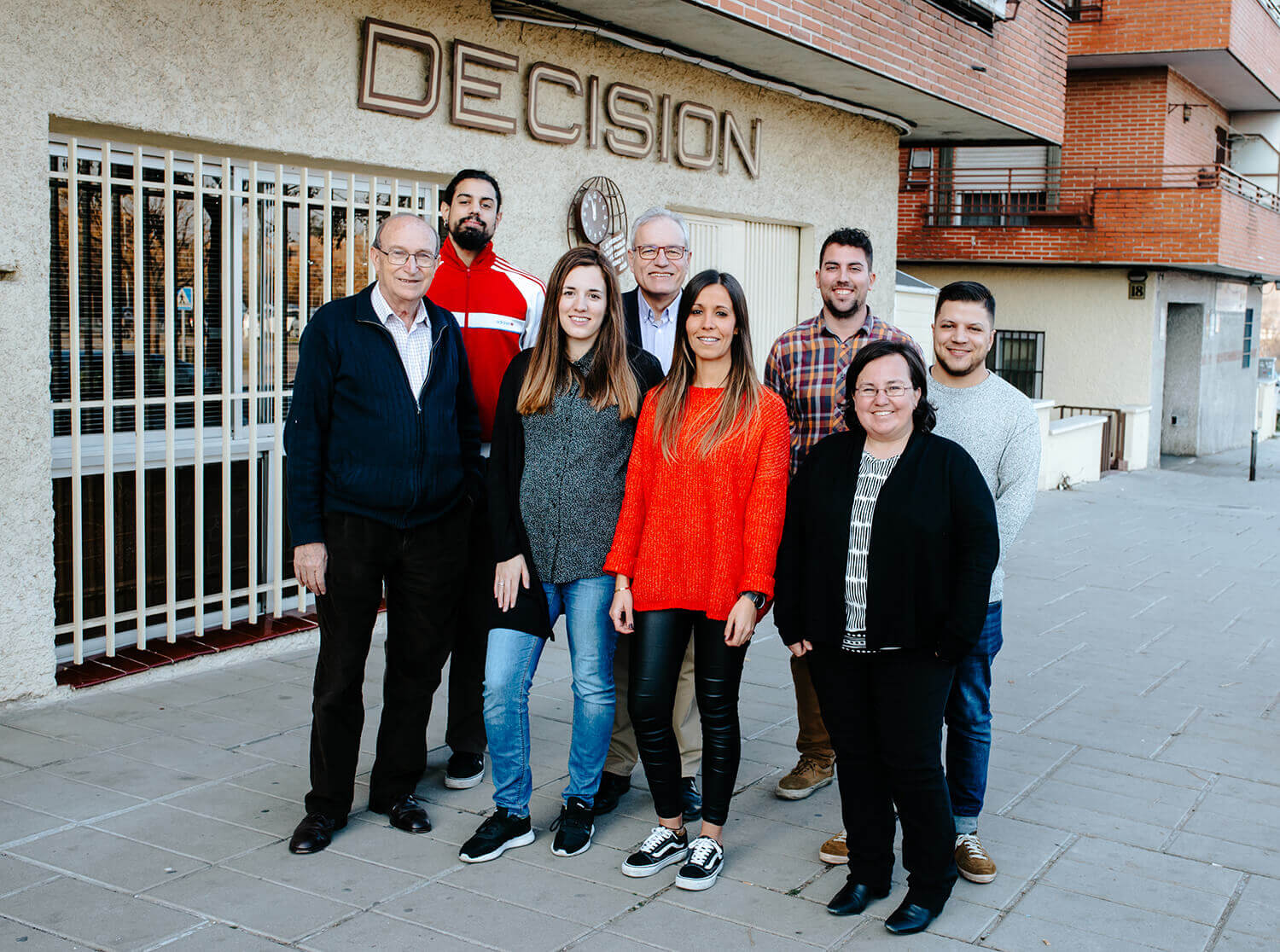 Help Us to continue

Decision´s work is supported by offerings given by those who identify themselves with our mission. The announcement of the Gospel, the developing of evangelistic tools, the trainings, and the activities create expenses, time and effort.